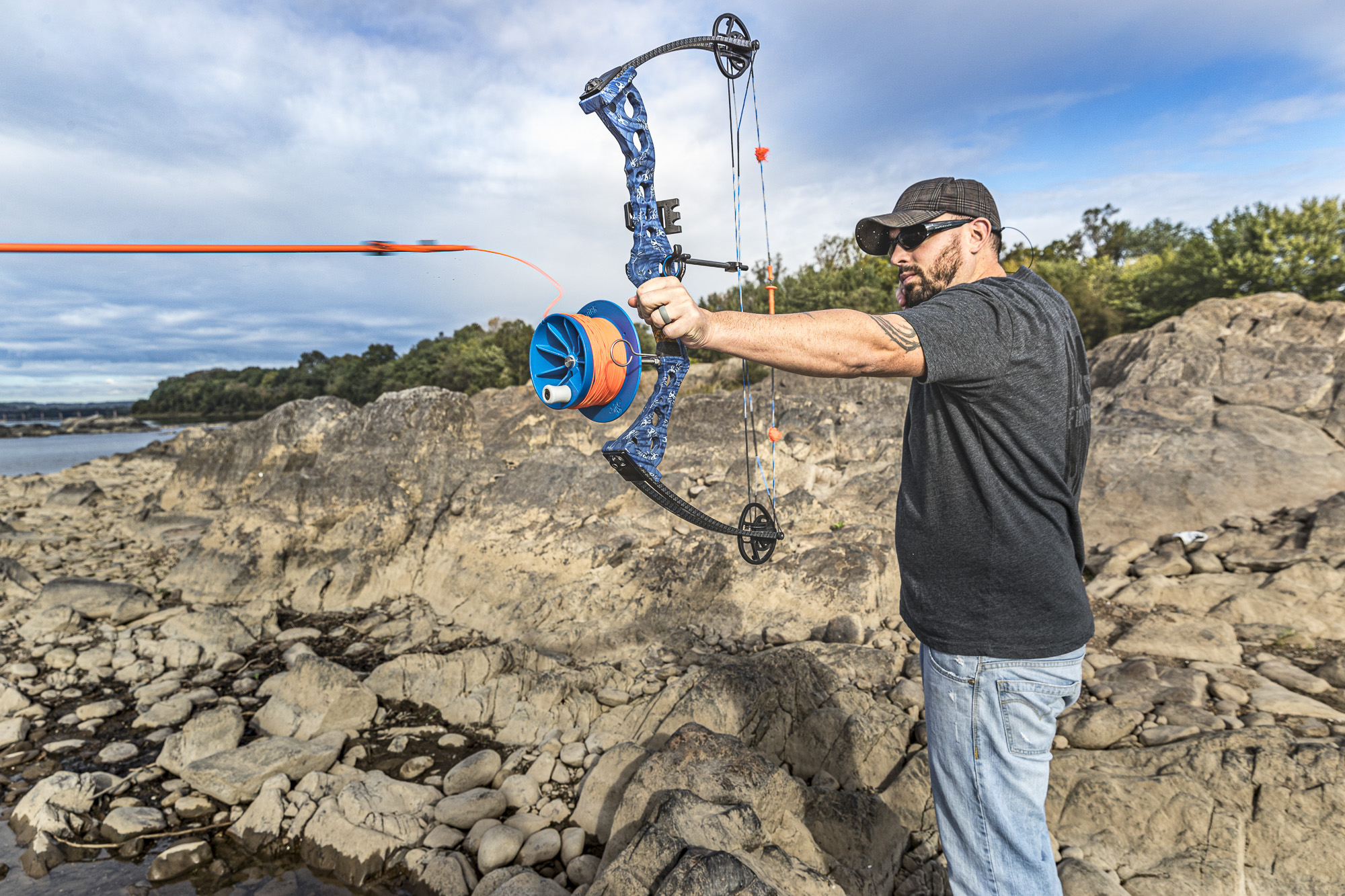 Bowfishing can be an important tool in conservationists efforts to protect game fish species that are susceptible to predation.

Not all species of fish that are targeted with the stick and string are classified as invasive, but a majority are considered as invasive, rough, or non-game species.

In this way, bowfishing can help clean up natural waterways, such as local lakes and streams, when native fish species and game fish targeted by anglers have a difficult time competing for resources or are heavily preyed upon by non-game fish.

The species of fish you will commonly encounter in your geographic area will impact the type of equipment, i.e. arrow and point setup, that you will select before hitting the water. Many bowfishing species are prevalent in almost every part of the country, while others are less common in some areas or only present in others.

Below we’ve listed the 6 best species to bowfish in the United States.

In many areas, carp have become a problem as they can affect the native habitats of other game fish species. Common Carp are easily identifiable from other carp species due to their barbels on the side of their mouth and longer dorsal fin that extends back toward their tail. Bowfishing for carp can be a blast when you get into a good pocket of fish.

They are a strong fish and larger ones can put up an exciting fight to get them landed in the boat or on the shore. The adaptability of the common carp has led it to inhabit almost any type of freshwater in North America.

They can live in murky water conditions which can make it challenging to get a shot off. Carp can also be surprisingly elusive and wary, so being quick on the draw is necessary. They prefer slower moving waters, such as lakes and backwater. They also like deeper and calmer portions of rivers and larger streams.

Common Carp can also live in brackish water near the coastline. A lot of bowfishermen have success chasing Common Carp with a boat, but they can be successfully taken from the bank.

If you plan to bank fish, the best plan is to move slowly along the bank and check out some of your known honey-holes and be ready to shoot at a moments notice. 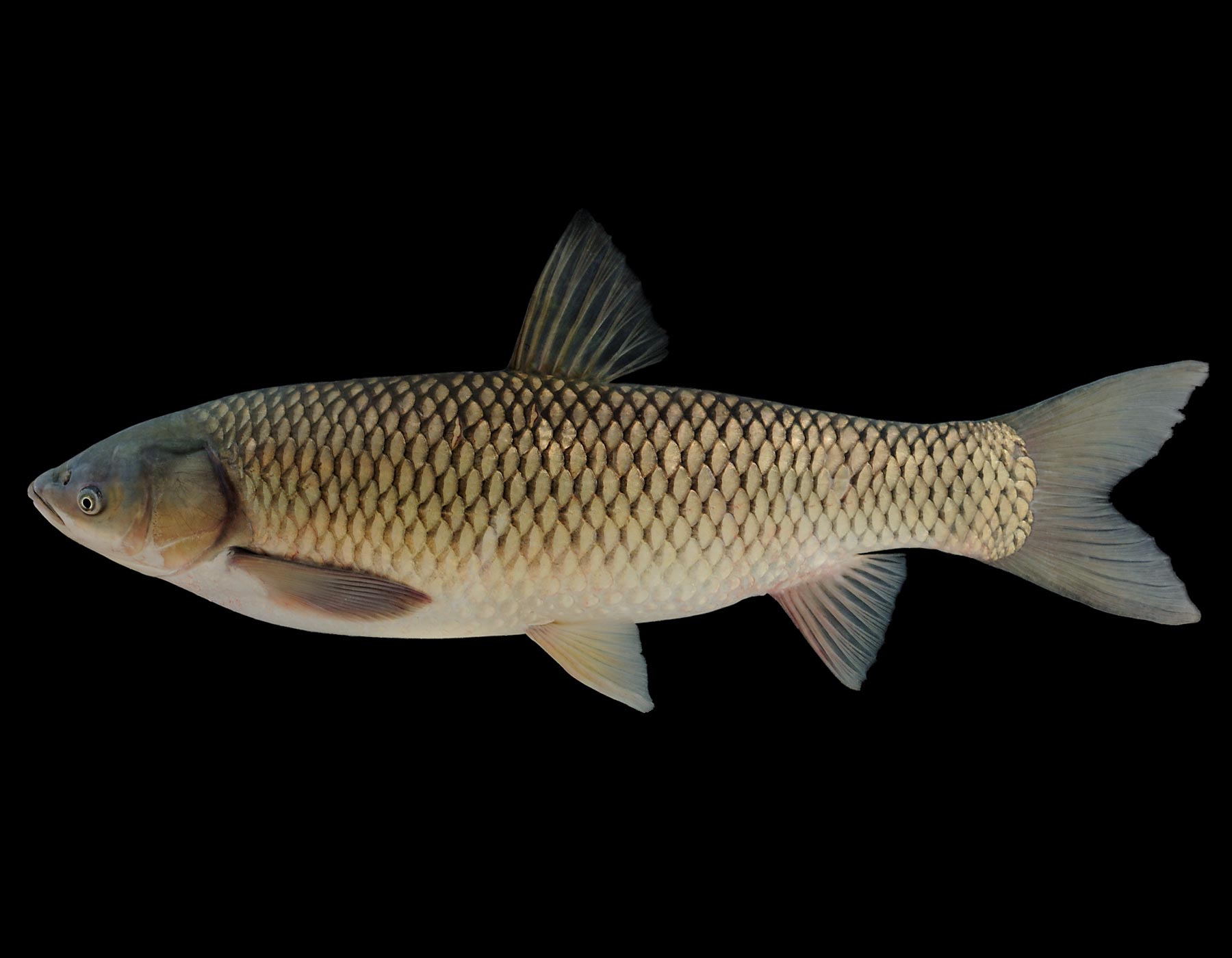 Grass Carp are identifiable from common carp because they have a different shaped mouth, no barbels, and their dorsal fin does not extend along the length of their back.

Grass carp is considered by many state DNR agencies to be an invasive non-native fish species. Even in places where the non-native common carp is not considered “invasive”, there are greater concerns about the proliferation of grass carp.

Grass carp originate from eastern Asia, and they were initially brought to North America to be used to help with algae growth in aquatic operations and private ponds. In fact, they can be quite effective when used for that.

They entered natural waters due to regional flooding and by other means and now they pose a significant threat to the natural aquatic ecosystems in many of the most popular angling areas of the continent.

For this reason, grass carp are an awesome species to target for bowfishing. Another great reason to target them is that they put up a good fight and can get to be quite large, known to reach 50″+ in length and up to 90+ lbs.

If you are targeting medium to large grass carp, we recommend you hit the water prepared with points that rate at level 3 or above on our Wrecking Level Chart. 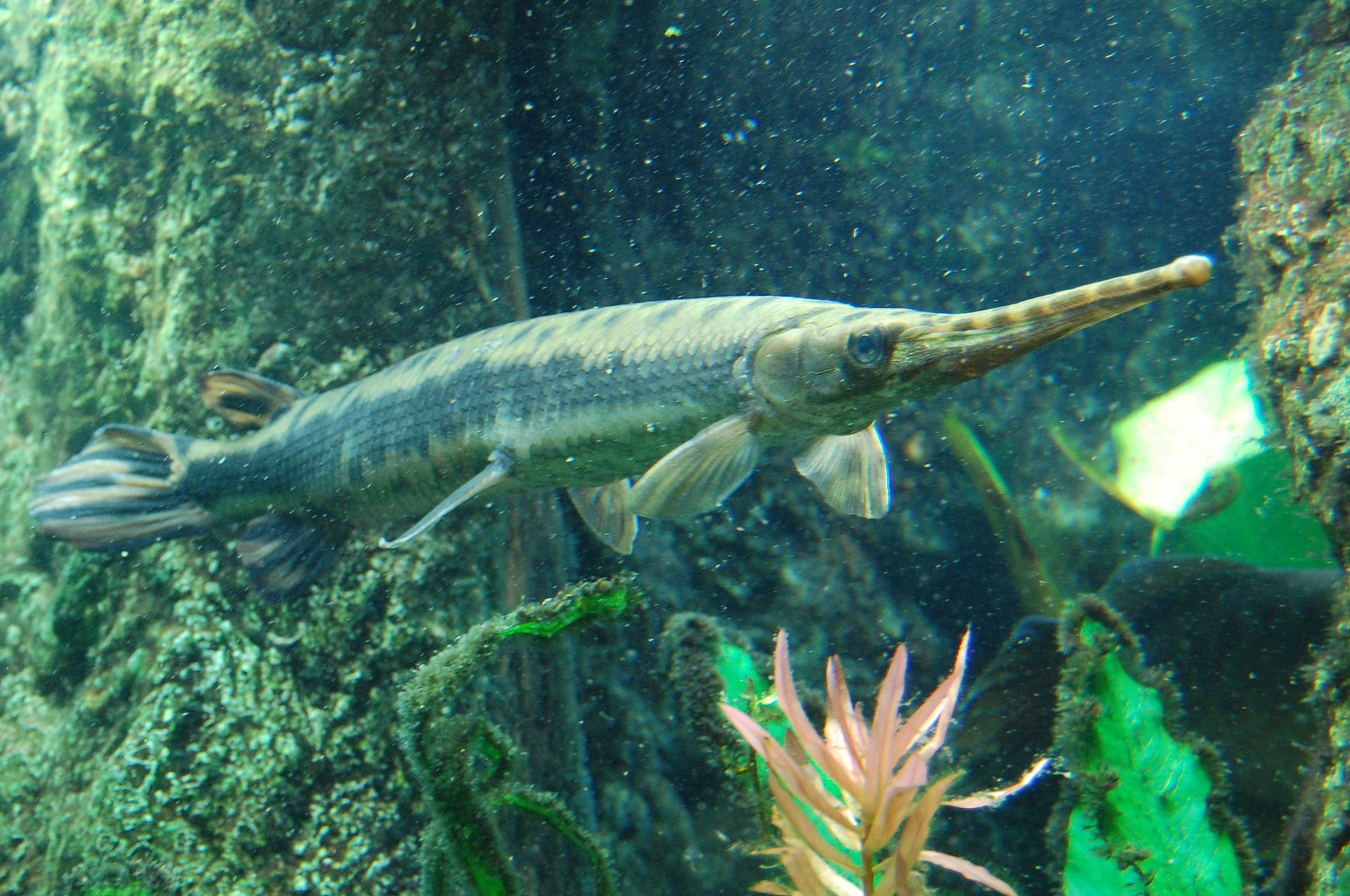 Also known as the needle-nose gar or garpike, Longnose gar are a native species of bony predator fish that are not regularly targeted by anglers. Longnose gar are known as aggressive predators and prey on just about any smaller fish species.

Because they hunt game-fish species and themselves are not highly sought after as a game fish, they have gotten somewhat of a reputation as a nuisance predator. Some areas of North America have plenty of opportunities for bowfishermen who want to pursue longnose gar, while other areas have much lower populations.

For example, if you are looking to bowfish for longnose gar, the interior lake systems of Michigan will likely provide you with better, and more, opportunities than the rivers of Pennsylvania.

Longnose gar are found from Canada to Texas, the eastern United States, and in interior waters as far west as Kansas.

Gar like slower-moving and calmer waters, and being able to breathe both air and water allows them to live in backwater channels, and even swampy conditions where oxygen levels of the water are lower. Longnose gar can reach lengths of up to 6.5 feet and are truly one of the trophy bowfishing species to pursue.

When pursuing these fish, we recommend using a tip that is all-steel construction with a reversible barb for easier fish removal. 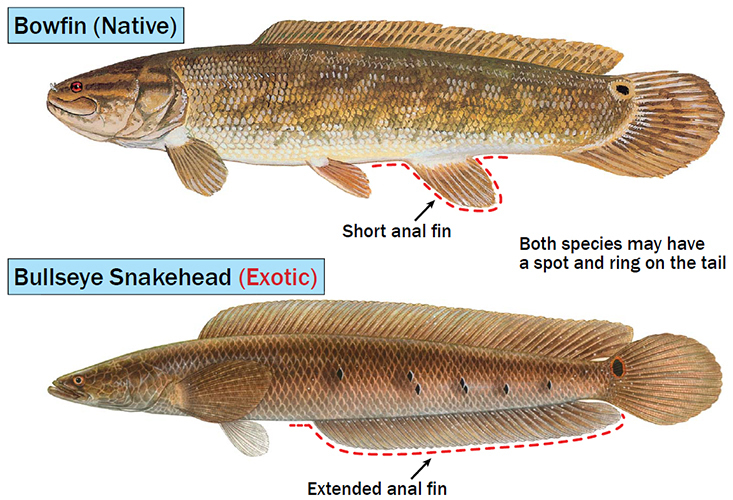 Bowfin, or sometimes referred to as dogfish or mudgar, are native to America. Conversely, Northern Snakeheads are a non-native invasive species of fish that come from the waters of Asia.

The two species are often confused because they look similar in appearance. Bowfins average two feet in length and thrive in lowland water systems, swamps, and backwater. They can survive in water that has oxygen levels too low to support other types of game fish because they can gulp air.

The invasive Northern Snakehead is similar in shape to the Bowfin but, in general, they reach a slightly larger size at maturity. They can live in a wide variety of water conditions, although they prefer muddy, slow-moving waters similar to the Bowfin. Mature fish have few natural predators which makes it important for bowfisherman and women to do their part with conservation efforts.

They can breed up to five times a year, laying around 150,000 eggs annually. For that reason, they create a cause for concern when it comes to managing aquatic habitats for natural species.

In addition, they have the ability to breathe air and live out of water for up to four days and have been known to migrate across land for distances of nearly a half-mile in order to get to other water systems. Their greater prevalence makes them a more encountered fish and one that bowfishermen love to go after.

Bowfin are found throughout most of the eastern United States and throughout the length of the Mississippi river system. 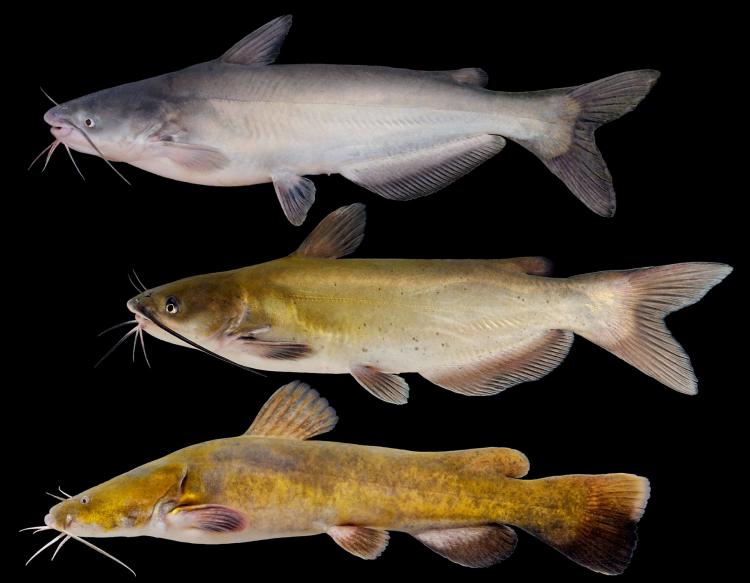 Bowfishing regulations for catfish vary by state and jurisdiction. In some cases, catfish may not be taken with bowfishing equipment, or there is a restricted season, size limits, and/or limit.

Catfish are one of the only fish species that are considered to be a game-fish that can be taken with bowfishing tackle, and are certainly the most prevalent game fish to be taken this way.

Since catfish are, in fact, considered a game-fish, more regulations are put in place and that means that you need to do your homework before you set out for a day (or night) of wrecking.

Catfish are bottom feeders with negative-buoyancy, so if you are pursuing these fish, set up your rig to account for the average water in which you will be fishing. Many bowfishermen like to go after big cats at night with a bowfishing boat equipped with lights.

Catfish can vary in size, with some species in North America getting to be quite large. For this reason, they are definitely a trophy fish to land in the boat, but more importantly, they provide some of the better eating of any of the legal species of fish to take with a bow. 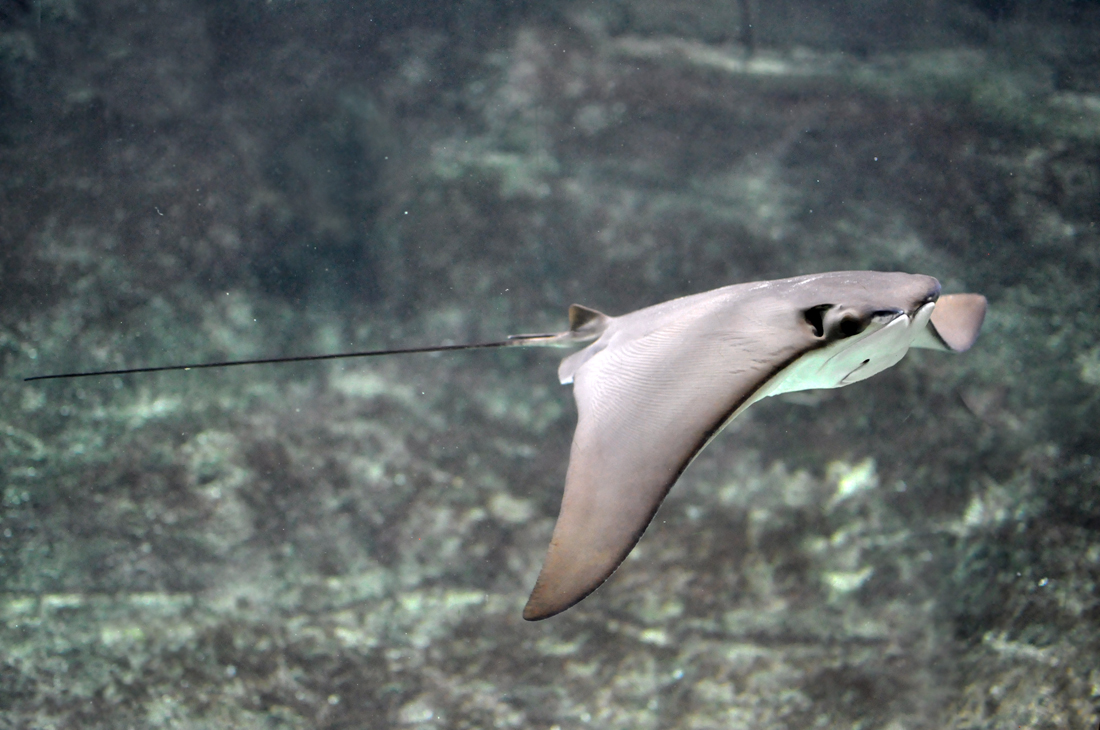 If you are feeling a little saltier, you might consider hitting some coastal waters with your bowfishing rig and go after stingrays for an additional challenge.

You’ll want a setup that is prepared for deeper water bowfishing when going after rays, and you should have your arrows tipped with a rugged and durable point.

We recommend using the level 4 points on our website when going after rays. These tips have better penetration and more holding power; and if you get into some big rays, you will need it.

Most commonly, in the eastern United States, Cownose rays are the species bowfishermen encounter. However, the type of rays you will find depends on what shorelines you are on.

Rays can have a big impact on oyster beds, and there isn’t a lot of demand for their meat, so they aren’t a big target for commercial fishing. For this reason, bowfishing for rays is an effective means to help with population control.

In some parts of the world, rays are popular for eating, and you can make some delicious meals with properly prepared ray meat.

Bowfishing for rays is one of the most intense and exciting bowfishing adventures you will encounter, so if you are looking to up the ante and go after some exciting, big fish species – rays should be at the top of your list!

Time to Get Wreckin’

There are a number of other fish species that are popular with bowfishermen all across the continent. A few others that might come to your mind would include silver carp, bighead carp, freshwater drum, alligator gar, and buffalo.

However, make sure that you do some research on the species that are available or prominent in your area to take advantage of all the opportunities that are present in your local waters.

While you are doing your research, familiarize yourself with all of the applicable local laws and regulations regarding bowfishing and the legal species to target.

Each state has its own unique set of rules and regulations, so if you are planning a trip outside of your normal haunts, be sure that you do your homework beforehand.

If you are looking for more advice or guidance regarding bowfishing equipment, tips, and tactics – make sure to check out our Fin-Finder bowfishing blog.