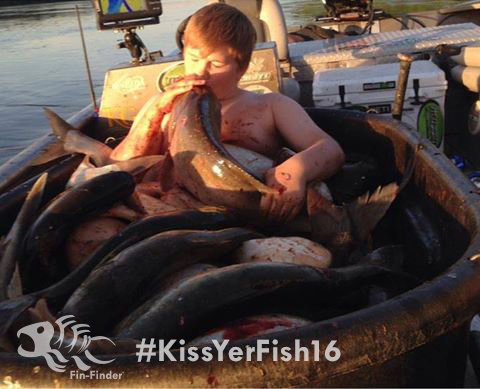 In its second year, #KissYerFish had an uptick in entries as well as thousands who engaged with Fin-Finder’s page during the contest. Entries included fish kissers of all ages, down to a toddler with her pint-sized trophy.

Although there were many great entries, Dane Fennessey, 12, of Union, Missouri stole the show! Fennessey won the hearts of Fin-Finder fans (while also disgusting many), sitting in a huge tub of Carp and giving one a decidedly sloppy kiss. He went above and beyond to win the contest, posting a video to the page in addition to his photo, and exclaimed “I’ve got fish juice down my pants… but I want that Poseidon bow!”

Runner-up Benjamin Armstrong of Union City, Tennessee, all but conceded the contest upon seeing Fennessey’s entry. “That’s dedication!,” Armstrong said, “I don’t think I wanna do the things it would take to beat this…haha.” Upon hearing results of the contest, he graciously added, “The kid that won definitely earned it for sure!!!”

Be sure to check back next summer to enter #KissYerFish17! 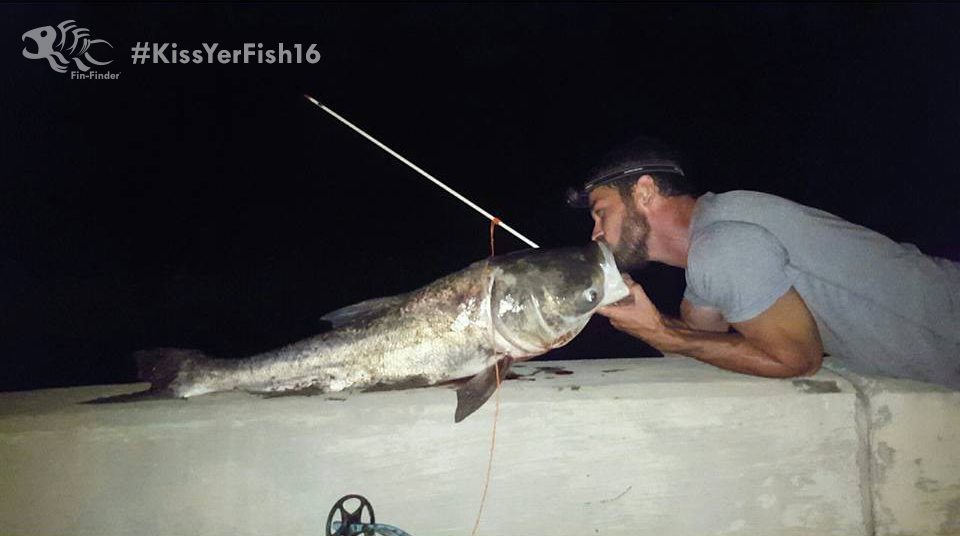 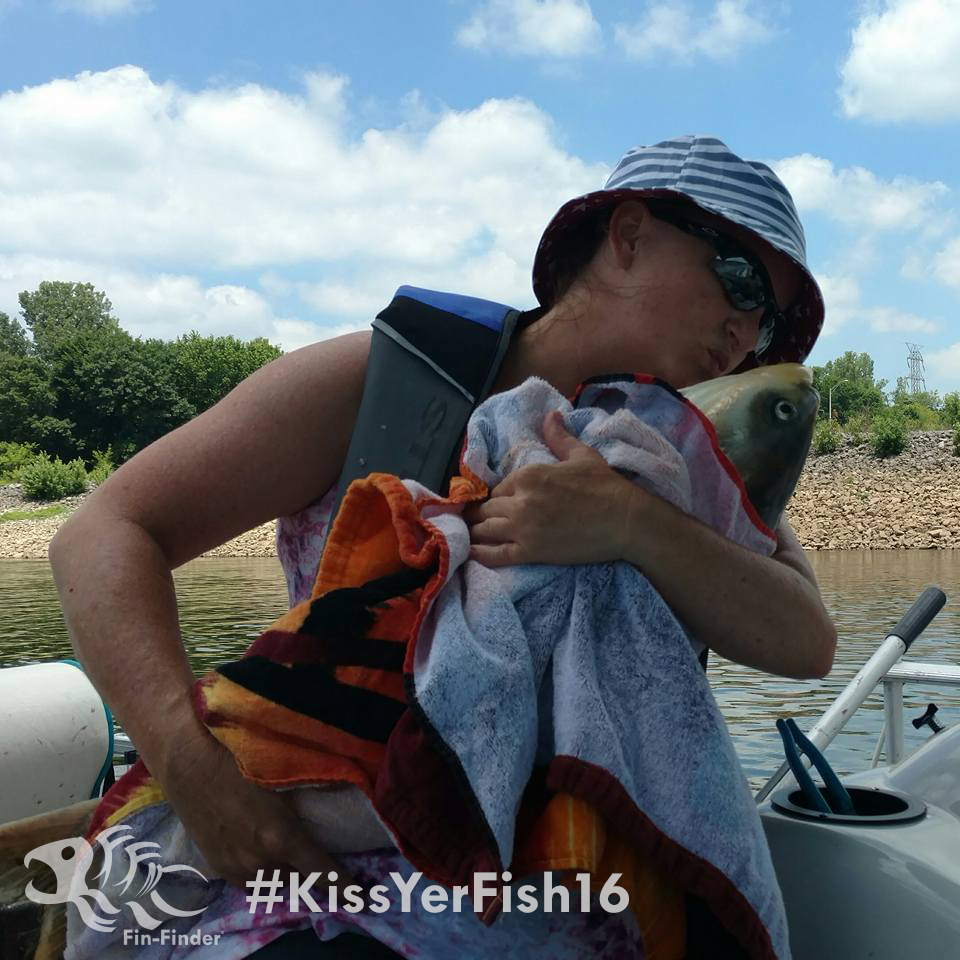 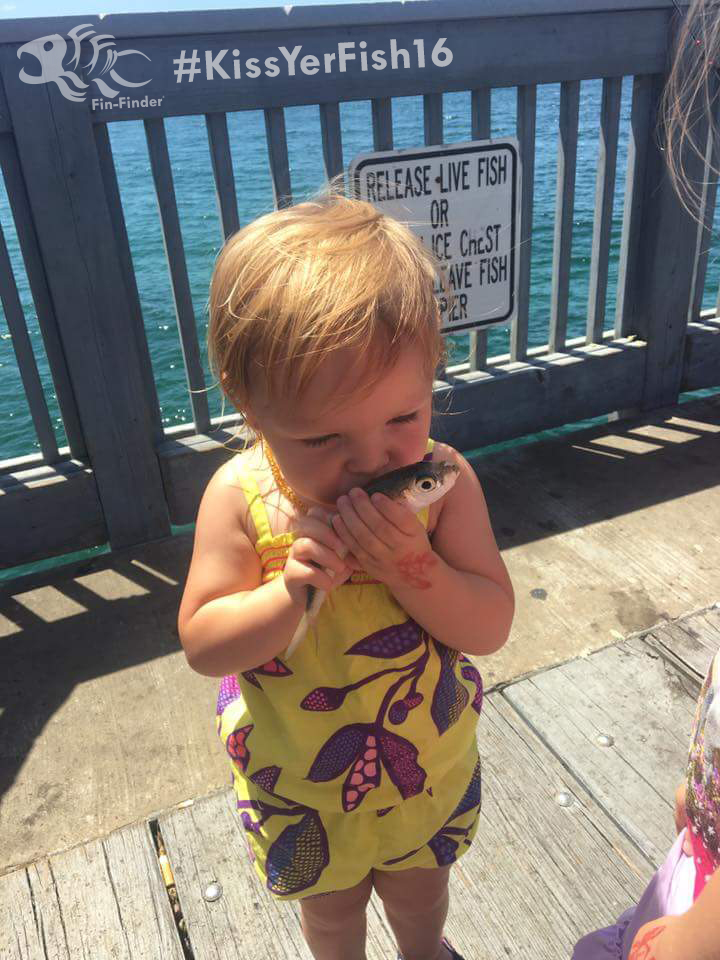