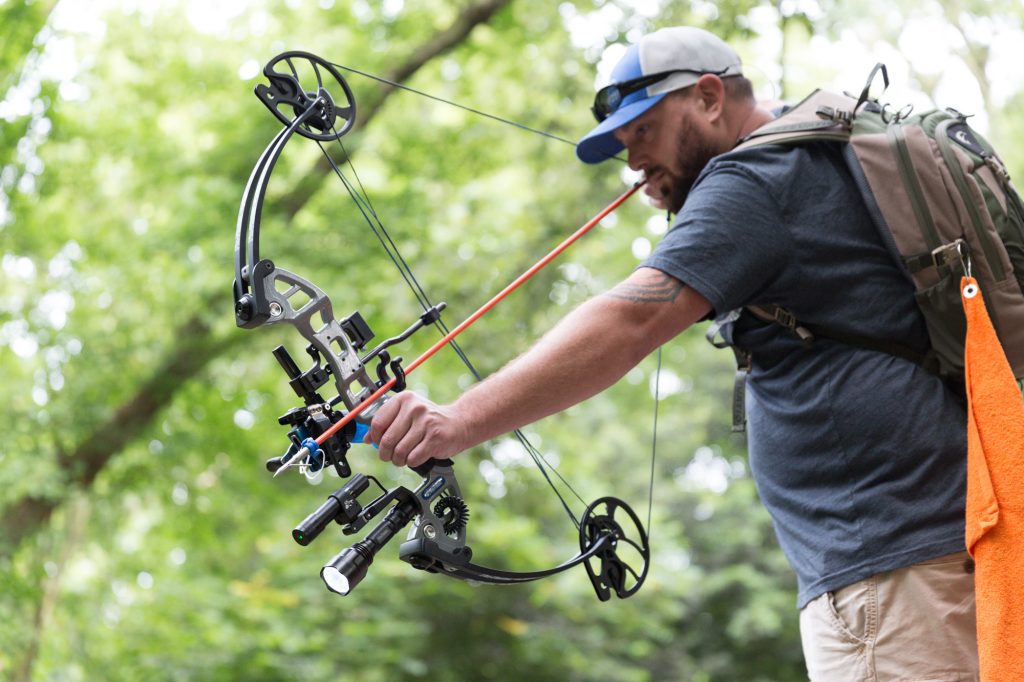 With invasive fish species populations on the rise, opportunities for bowfishing are following suit.

Archery is a growing demographic with more men, women, and children picking up a bow every day.

So why not fine-tune your skill and help regulate invasive species populations by taking up bowfishing?

Bowfishing is unlike any type of fishing you’ll ever try, much like bowhunting there is no catch and release.

You’re playing for keeps once you release an arrow.

By searching the shallows of your favorite lake, pond, or creek you can find opportunities to let loose an arrow. 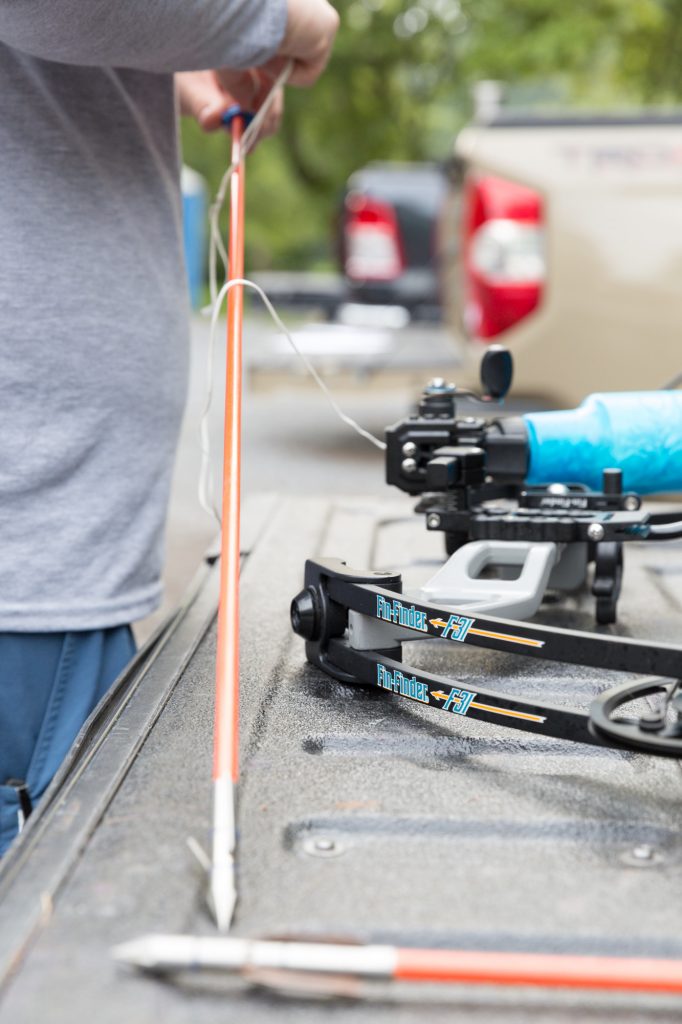 As the weather warms and fish move into the shallows, spring bowfishing opportunities begin to present themselves.

With the development of archery equipment from companies like Fin-Finder, the opportunities for spring bowfishing have never been easier.

Finding these species can be as easy as checking the backwaters and shallow sections of your favorite watershed.

One of the primary challenges of bowfishing occurs during the shot process when you must compensate for a phenomenon called refraction.

When light rays bend as they enter the water, making fish appear to be where they aren’t. The fish are always deeper than they appear.

You must aim lower than a normal sight picture to hit your target.

Rules such as the 10-4 rule give a bowfishermen a way to measure or hold their aiming point when shooting an arrow.

Become confident in your aiming and remember this rule when taking your next shot. 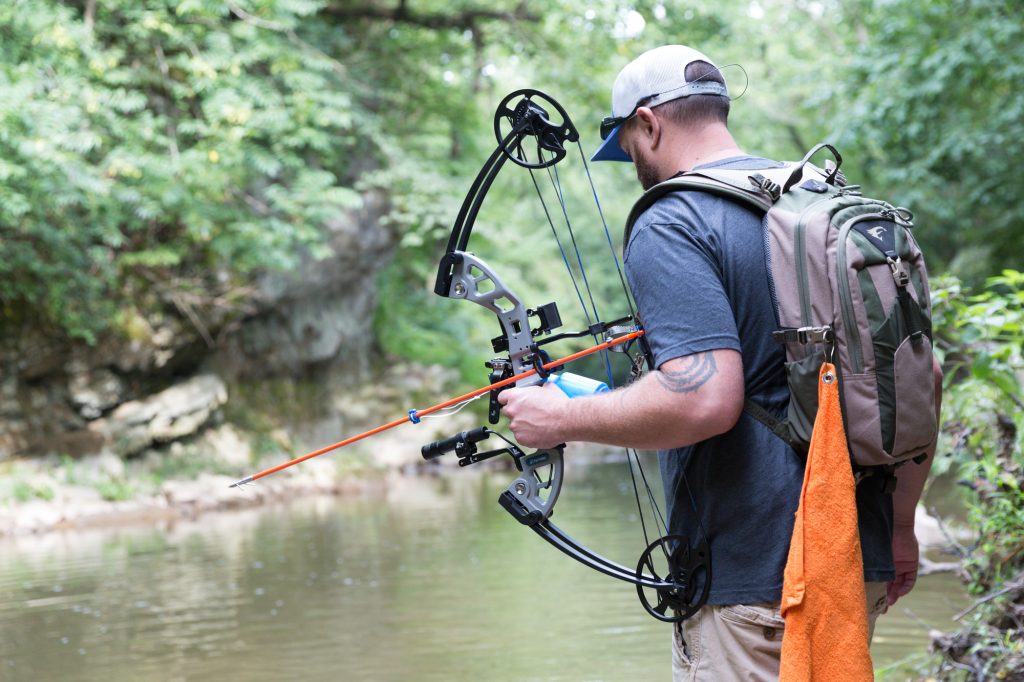 Fish Species to Target in Spring

The common carp is the most popular bowfishing target in North America. Its ability to survive in almost any quality of water makes this abundant invasive fish available to all.

You can find carp thriving in a waterway in the busiest of cities or in a trout stream in a remote setting.

The best time to bowfish for common carp is when the spawn is occurring and that is when the water temperatures reach a consistent temperature of 60-65 degrees Fahrenheit.

It is during this time that the common carp moves into the shallows to spawn making them a much easier target.

Fishing can be done either by boat or wading through the shallows.

Carp typically grow from 1 to 2 feet in length and it’s not uncommon for them to reach 30 to 40 pounds.

According to the Bowfishing Association of America, the current world record for Common Carp was shot by Brian Pokorney in Idaho and weighed a massive 67.6 lbs

The silver carp is known by many for its ability to jump through the air making them a sought-after target for those bowfishermen looking for an attempt at an instinctive style of shooting.

Silver carp will leap into the air once they are startled or frightened which is typically done by a boat that is driving by.

The silver carp is not as widely spread as the common carp, they’re most plentiful in the Illinois, Missouri, Mississippi, and Ohio River systems.

The silver carp averages in length from 24-39 inches with a maximum length of 55 inches and can reach weights of over 100 pounds.

According to the Bowfishing Association of America, the current world record for Silver Carp was shot by Richard Ray in Indiana and weighed 44.9lbs.

The grass carp is found throughout the southeastern states and reproduces in larger river systems where the water will reach temperatures in the high 70s.

Known as a tough and wary fish the grass carp can grow to a large size by feeding primarily on aquatic plants and vegetation.

Like its name, “grass carp” were introduced to help control aquatic grasses and weeds.

There are multiple species of Gar found throughout North America and the most common are the Shortnose, Longnose, and Spotted Gar.

Gar can be easily spotted in a body of water while they’re gulping for air.

Gar have gas bladders that function like lungs, unlike most fish which take in oxygen through their gills.

Requiring very little dissolved oxygen for them to survive they can thrive in warmer than usual water temperatures.

A Gar is a long and slender fish with armor-like scales that make for a small target often resulting in missed shots.

If you’re looking for additional information on the best species of fish to bow fish – check out our full, in-depth article The 6 Best Species to Bowfish.

The nature of bowfishing, especially in the spring when dealing with colored water or very short windowed shot opportunities, means that you will need to make sure your equipment is dialed in. 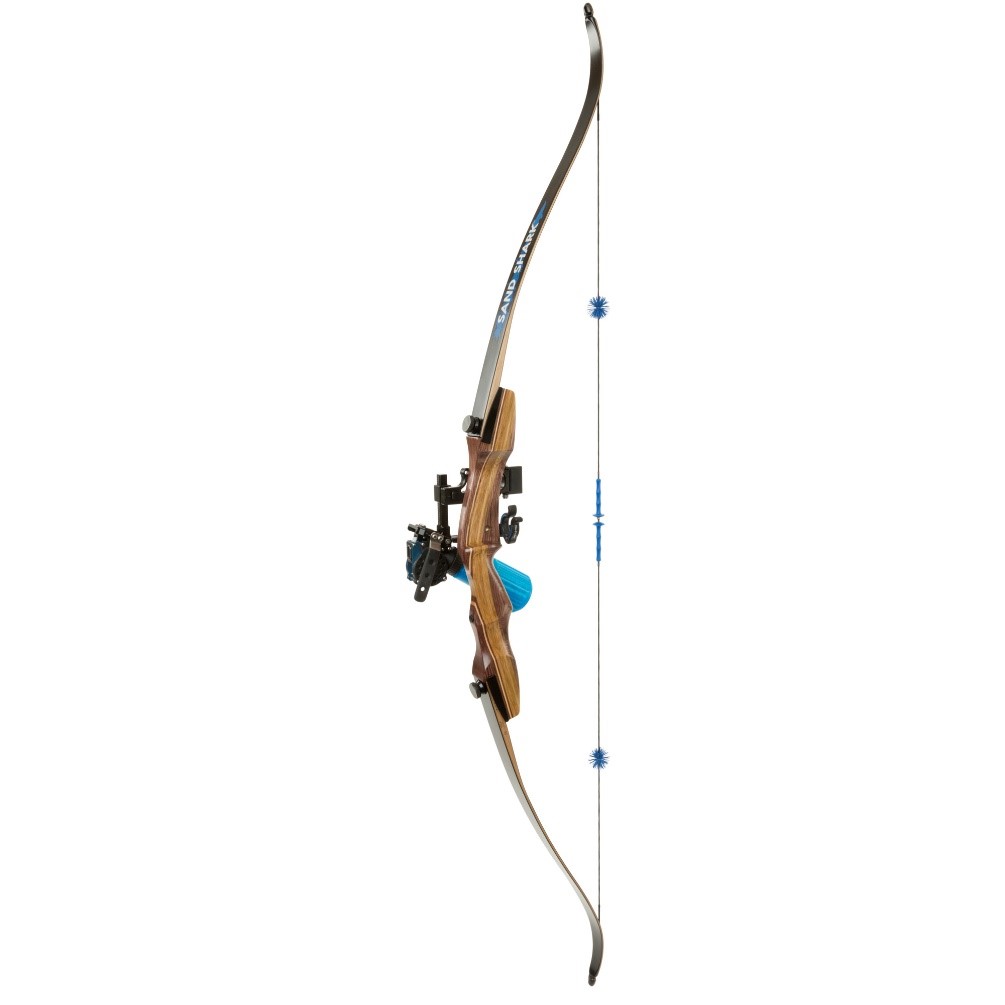 By nature, recurve bowfishing bows like the Bankrunner or Sand Shark can serve to help you acquire and connect with targets quicker than compound bow fishing bows. However, compound bows can have their advantages when shooting longer than average ranges and species/shots that need precision!

However, specifically designed modern bowfishing compound bows like the F-31 and F-31LE have favorable let off for quick shooting,  and revolutionary risers and cams built for rough and rugged use. 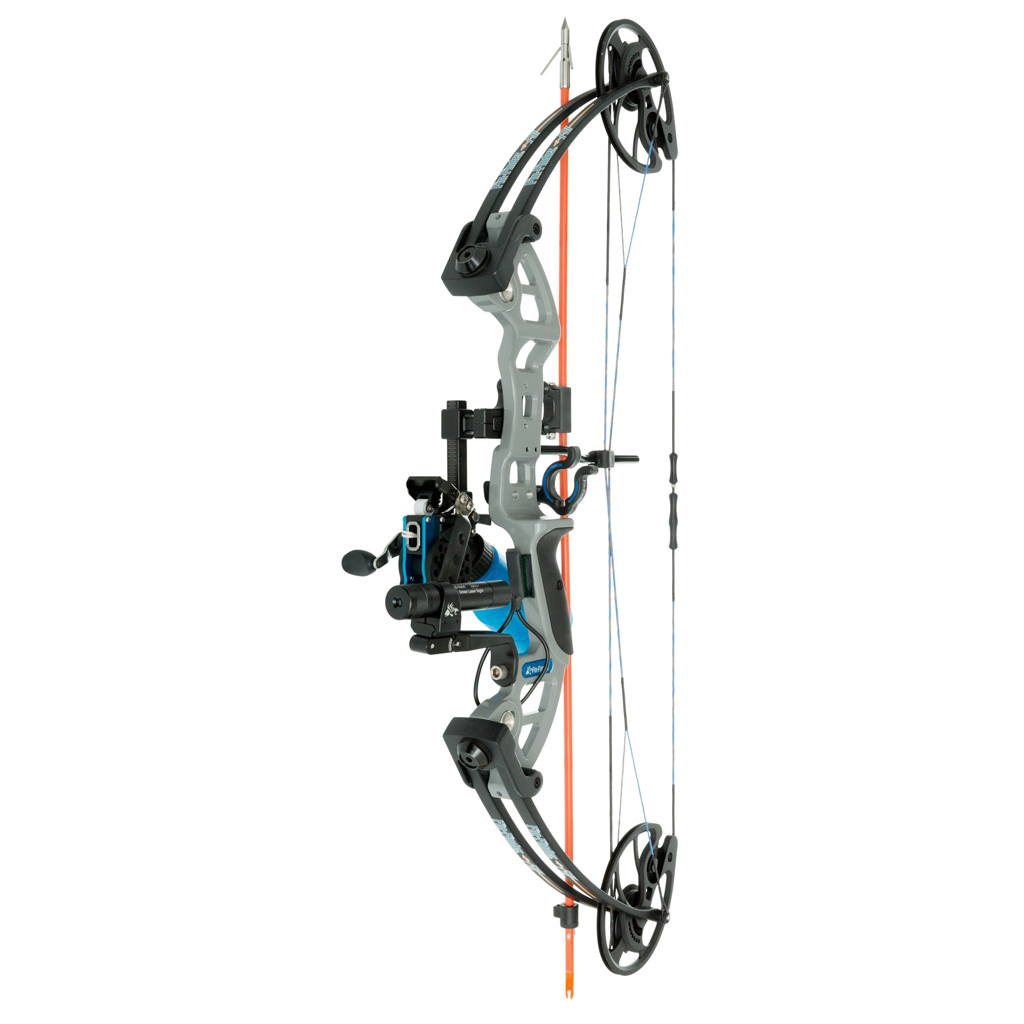 Murky water, newly moved debris from flooding, and other springtime water features mean that you want to be sure that you can retrieve a shot fish with ease!

Reels can be critical for retrieving line with a fast gear ratio, meaning fewer tangles, snags, and lost fish. 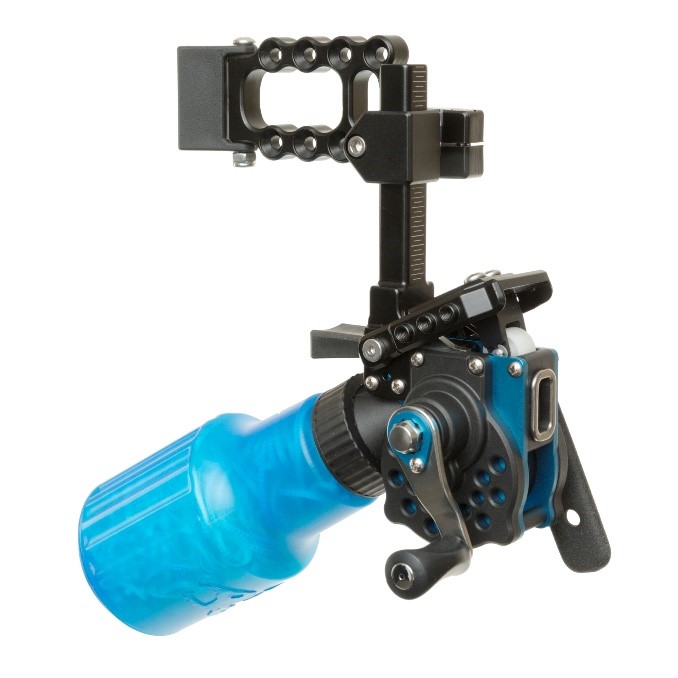 Regardless of the time of year, you’ll need durable fiberglass arrows built with accurate straightness tolerances.

These arrows can take a beating, as they’ll be striking tough fish and rocks and debris on the bottom shot after shot.

If you have particular color matches or specs you want your arrows built for try our custom bowfishing arrow builder!

As far as bowfishing point selection, please refer to our wrecking level chart.

This will let you know what setup you’ll need depending on the situation and species you will be bowfishing for. 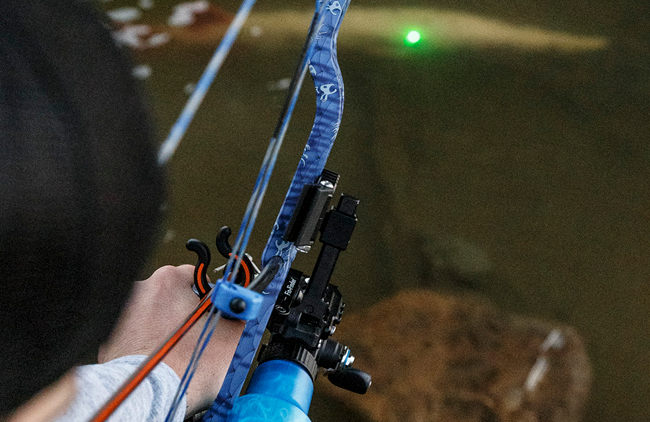 Learn what spring bowfishing has to offer, and what gear you’ll need to exploit these opportunities!